Get to know the Provincial leadership team! 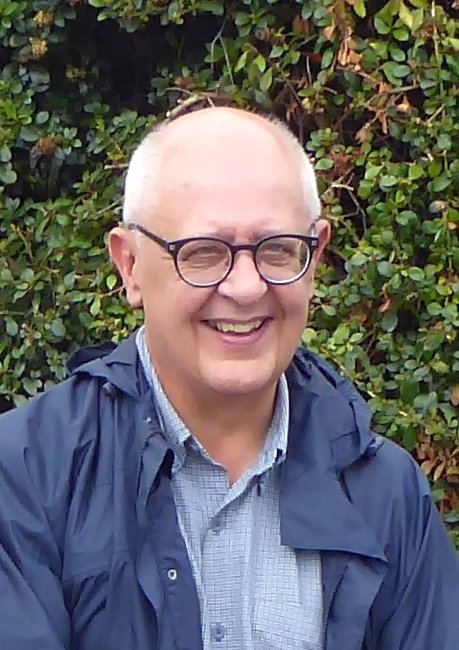 Born in Lethbridge Alberta- family moved to Victoria a in 1960 where I attended school and university. My first BC government job was as a summer student janitor while in university. I moved to Toronto to pursue graduate studies at York University in Toronto. Needless to say the then windswept flat barren landscape of Downsview was quite a shock for a West Coast boy and I swore to get back home asap. It took a few years. First professional job was as a federal parole officer. As soon as I could, I transferred to Vancouver. While a parole officer I became a local Union President and got much more interested in labour-management issues than dealing with criminals every day. I switched careers into the provincial public service as an Industrial Relations Officer with the Ministry of Labour including an interesting secondment working at the Labour Relations Board. During my career I was fortunate to have travelled extensively throughout the Province and worked with almost every Ministry as well as Crown Corporations, other Provinces and US states. This has given me a deep appreciation of the variety, scope and richness of our Province and public service in general

Some of my roles include being a labour relations officer with both GERB and GPSD and later on as the Manager, Selection Standards with responsibility for developing new competency based hiring and selection standards ( KSA’s) and representing Ministries in competition appeals . When MCFD was put together I moved there to assist with recruiting and labour relations issues and became involved with the contracted social service sector as Director of Sectoral Relations. After the Campbell government cuts I returned to the Public Service Agency as a senior labour relations officer working with various groups. I managed to purchase my service from my student days so was able to retire very close to the magic “Freedom 55”.

Since retiring I have done consulting work in a variety of areas such as organizational design and job descriptions, performance management, bargaining, investigating workplace issues and working on strategic plans. I enjoy being a bit of a technology geek and an audiophile as well as international travel to Europe and Asia, volunteering with adult ESL students, fundraising and my work within the BCGREA as we move forward. 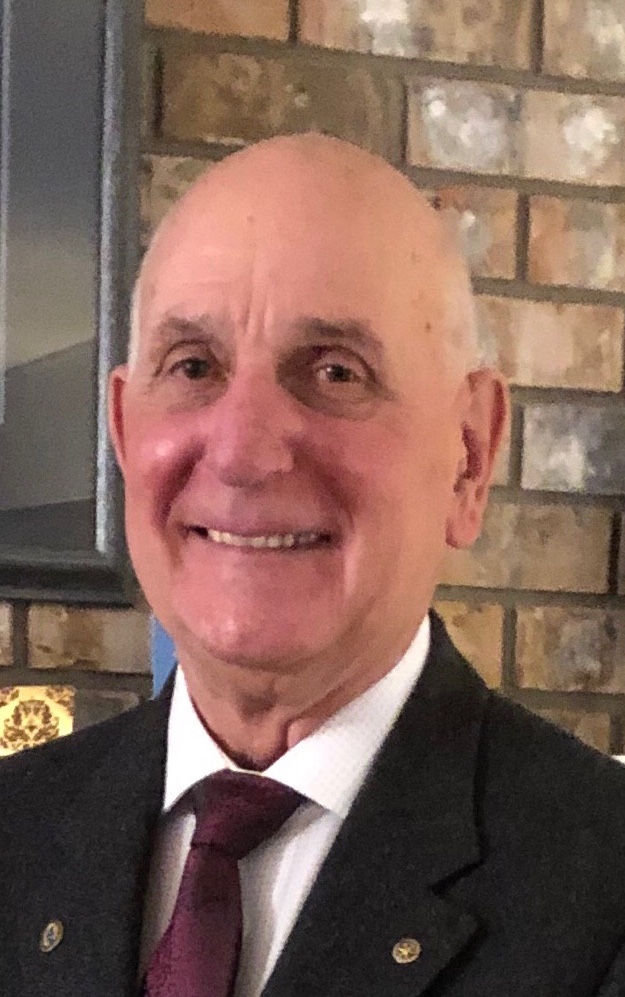 Born in Sylvan Lake Alberta, February 18th, 1945. Two grown children, Trevor (wife Jennifer) and granddaughter Azure and Christina (husband Darren Ewasiuk). Educated in Alberta and BC with diplomas in both Forest Technology and Public Administration. Ken worked as an Air Force Policeman, a logger and truck driver prior to joining the BC Forest Service in 1965 as Compassman, progressing through the ranks of Forest Cruiser, Assistant Ranger, Deputy Ranger, Operations Manager and finally District Manager from 1984 to 1995. In 1995 Ken was promoted to Regional Director of Forest Renewal BC in the Ominica-Peace Region of the province until he retired in 2000.

In 2000, Ken became a consultant for; “WoodLinks”; “BC Wood” and the “Central Interior Wood Processors Association” or “CIWPA” with responsibilities for assisting with the education, promotion, marketing and lobbying on behalf of the Value Added Industry in central and northern BC. In 2003, Ken became the Environmental Manager for a major pipeline project in south eastern Russia for a three year period.

Ken is an active Ski Patroller in both Nordic and Alpine Skiing on hills and trails around Prince George. Ken has traveled extensively through eastern and western Canada, the Yukon, Alaska, western USA, Georgia and Florida, parts of England, France, Germany, Greece, China, Turkey and Egypt. He has spent extended vacations in Mexico, Costa Rica, Hawaii, Tahiti, New Zealand, and Australia, including Tasmania.

Ken has been a Rotarian since 1985, functioning in the capacities of Director, Secretary, President and Past President of both the Fort St John and Prince George-Nechako Rotary Clubs. Ken is currently an Assistant Governor of Rotary’s District 5040 in BC. Ken is the recipient of six Rotary Paul Harris Fellowships. 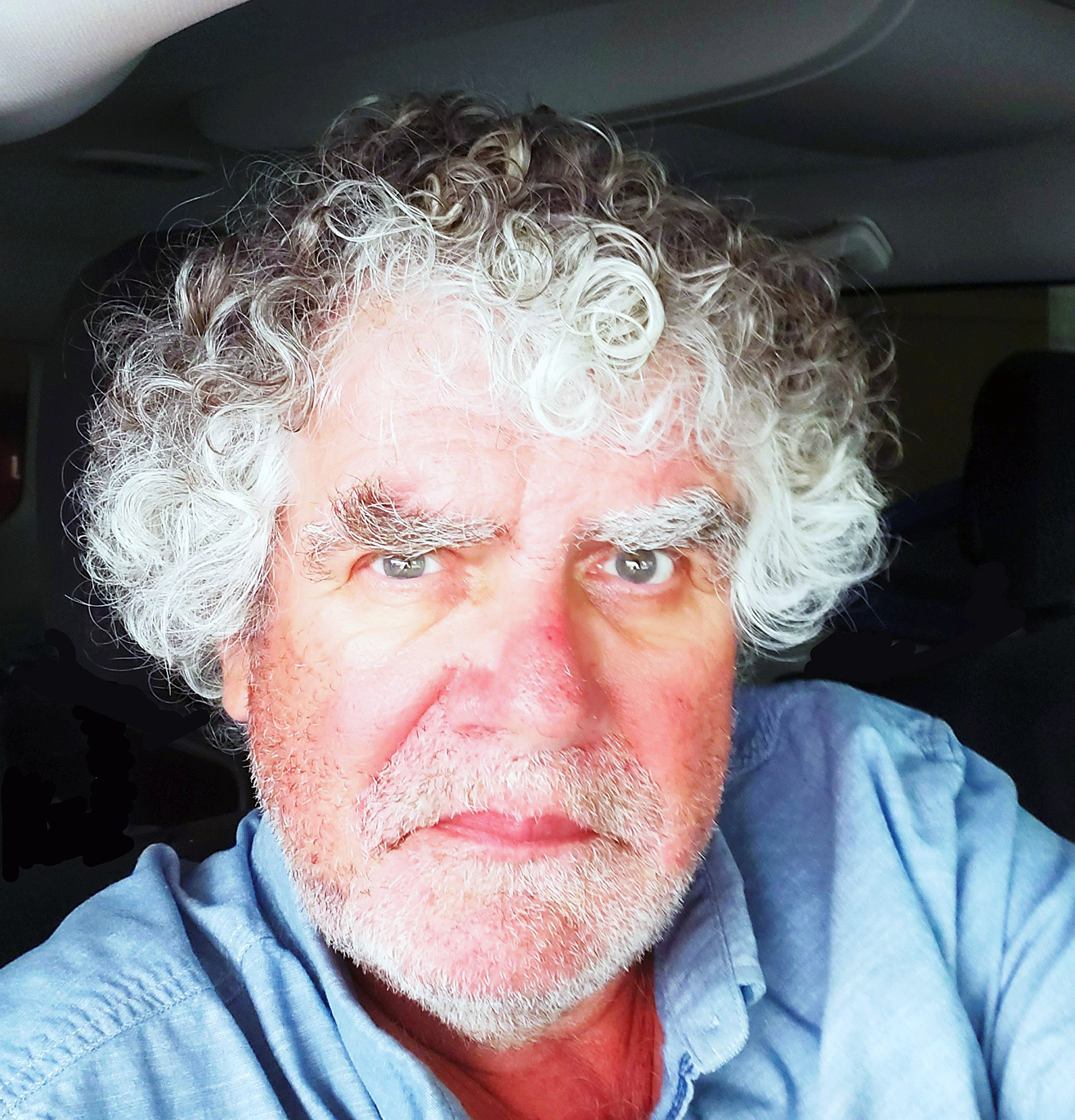 I am originally from Ireland but have decided to make Canada my home for a long time now. I have been involved in the healing profession most of my life and I have enjoyed my career as a healing counsellor. We (Joan and myself) have 4 children and 5 grandchildren, all living in Prince George, BC.  I am a retired social worker currently residing in Lake Country, BC having moved here from Prince George in 2018.

I moved to Canada in 1976 to volunteer with the Catholic Church in Prince George BC and liked the lifestyle and the dry cold so much in Canada that I decided to apply for residency, which I received in 1980. I got married in 1980 and moved to Dawson Creek where I worked for the school board as an aide to the children with special needs and later I managed a group home for adults with special needs in Dawson Creek.

I returned to Prince George in 1992 and I worked as a social worker for The Ministry and later a Facilitator for Community Living BC (and all of it’s other titles, back to Services to People with Special Needs) from 1992 till my early retirement in 2012.

I have also worked for the John Howard Society providing anger management groups both in the community and in Jails. In addition, I have worked in isolated and remote First Nations communities providing mental health and addictions services. I volunteered on and chaired the Advisory Committee on Accessibility for the city of Prince George for 3 years.

I currently volunteer on our local leaseholder’s association. I am the chair of the retired government workers branch in Kelowna and Vernon and I have recently accepted the position as vice president of our local Okanagan Irish Society with the goal of moving into the president’s position when he retires.

I enjoy golfing, reading, traveling and being on (or in) the water. I continue to volunteer my time and energies for community events. 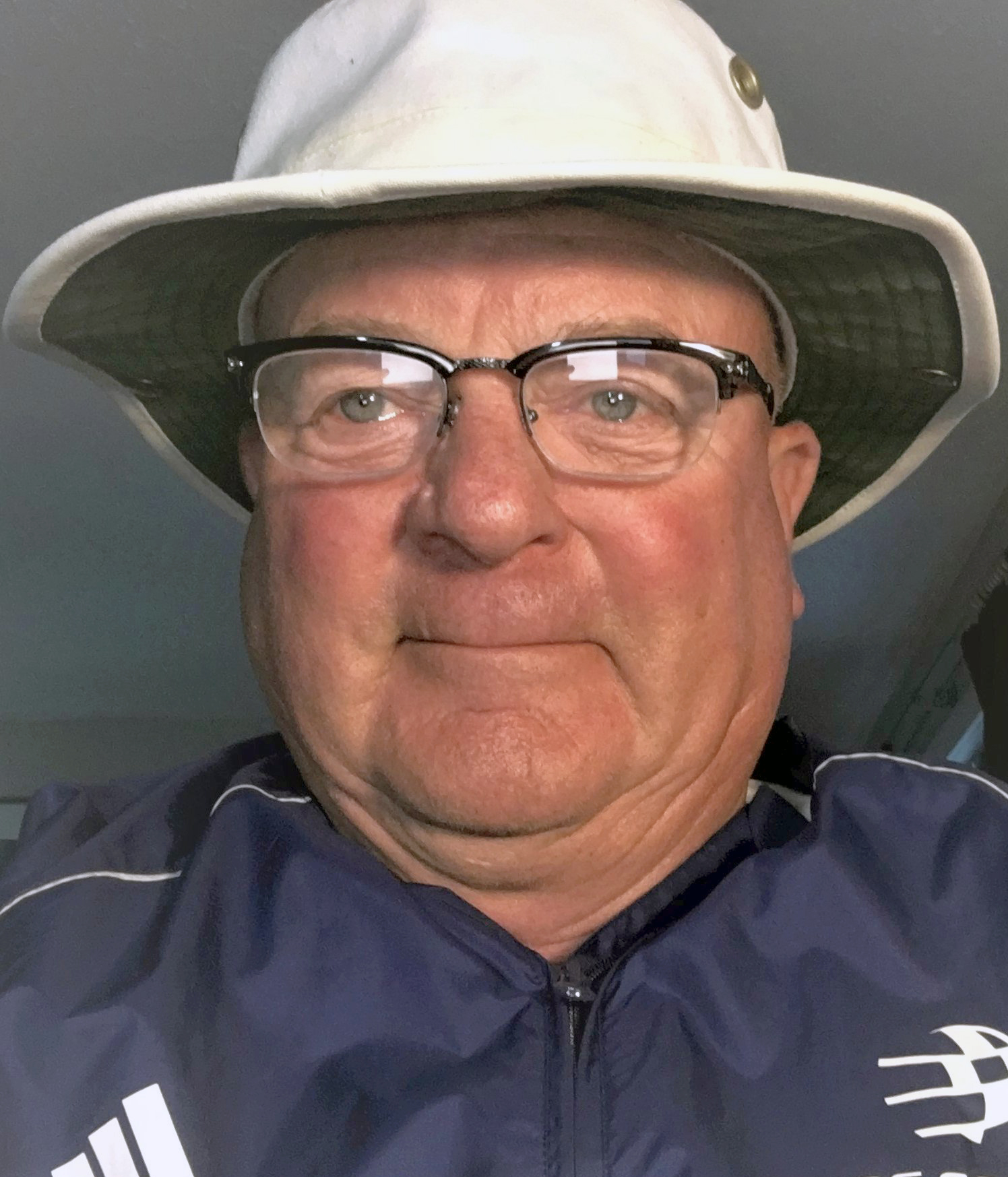 Born in Vancouver and raised in North Burnaby, I started working with the Province of BC in 1963 as a Engineering Aide surveying a road to access the then new Simon Fraser University.

During my 35-year career with the Province of BC, my accomplishments included:

A year following my retirement in 2000 I established my own proprietorship that:

Throughout my life, I’ve been involved in a number of organizations, including but not limited to:

I currently have memberships in a number of organizations, such as

On behalf of my community, this province and our country, I continue to

I’m married to my lovely bride, Lynne, and together we have two children (Edmonton, Alberta and Laholm, Sweden) and we are blessed to have 7 grandchildren (3 in Alberta and 4 in Sweden). We enjoy traveling, golfing and being active. 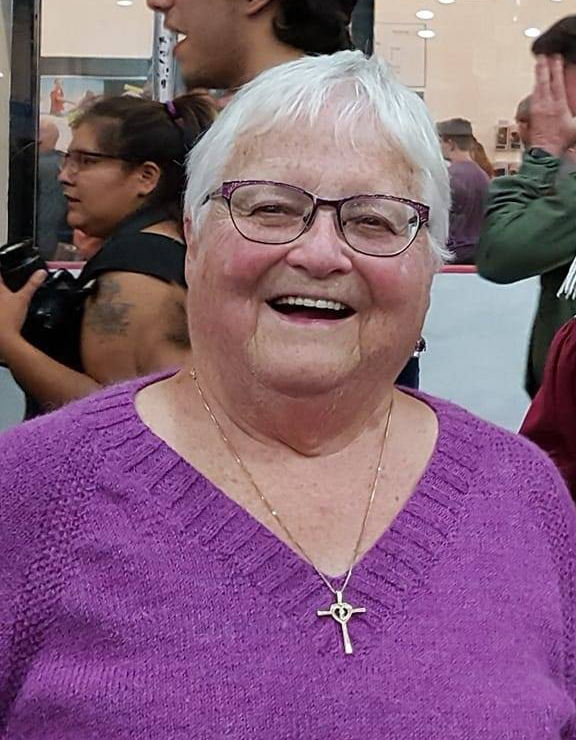 I completed a BA in Psychology and Sociology in 1962 at Victoria College (affiliated to UBC). I married my husband Charles that year and was fortunate to be able to stay at home for 25 years while we raised our four children. True Vancouver Islanders, I was born and brought up in Port Alberni and Charles was born in Ladysmith. During our 50+ years of marriage we have lived in Victoria, Duncan and now Nanaimo.

I retired in February 2005 (on my 65th birthday) and joined the BCGREA and serve as the secretary of the Nanaimo/Mid-Island Branch #600. I am active in my community as a member of the Canadian Federation of University Women, Community Kitchens, Nanaimo Loaves and Fishes and Brechin United Church. In my spare time I enjoy walking, knitting, reading and visiting with our four amazing grandchildren. 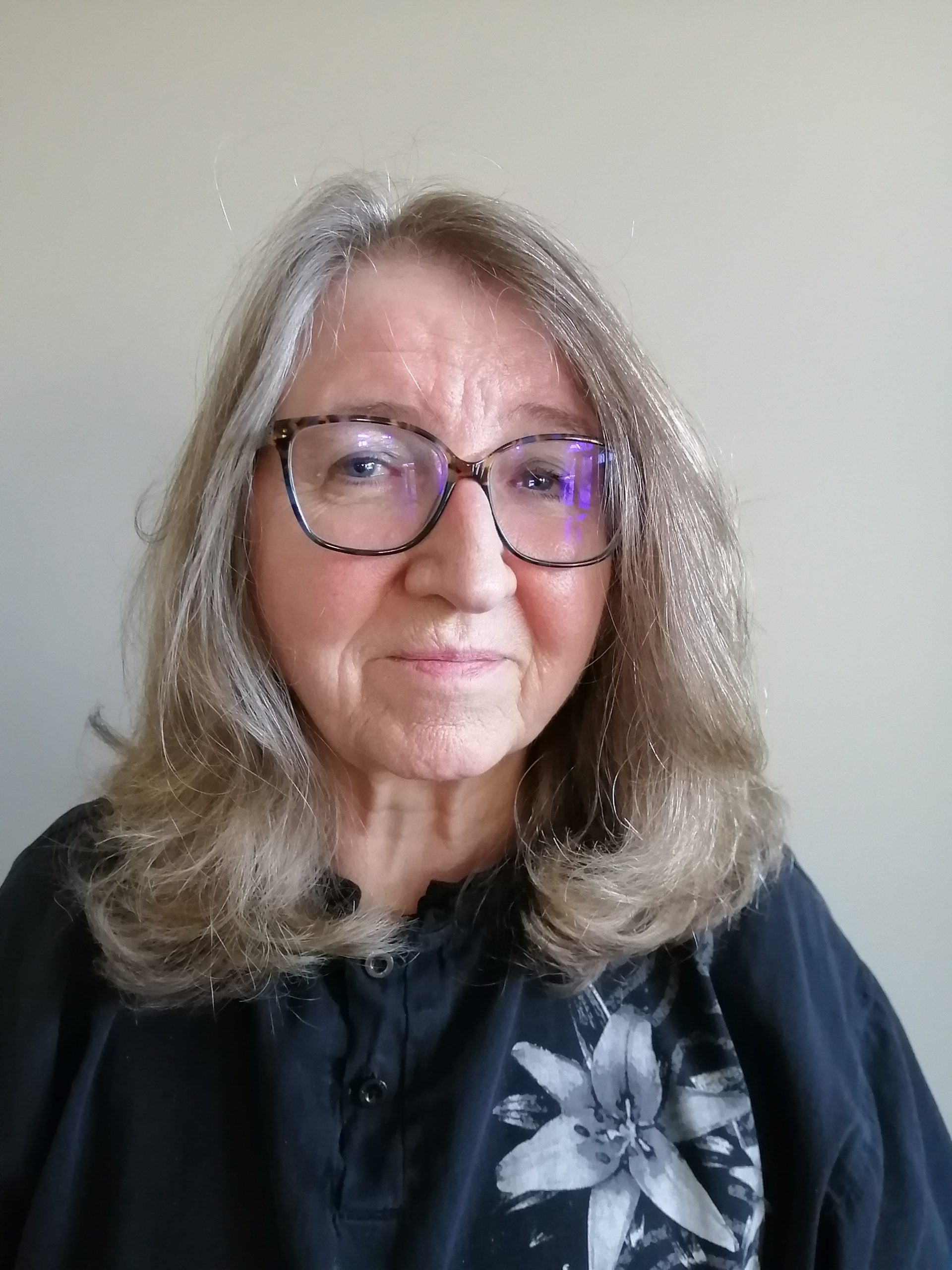 Johanna has a strong background in financial management in both the private and public sector.  She has over 14 years experience in the private sector working for banks and trust companies in a variety of positions including loans officer, internal auditor and assistant manager.

Since joining the BC Public Service in 1990 she has held a number of positions including Investment Manager at the Superannuation Commission, Banking and Cash Management Analyst at Provincial Treasury, Financial Policy Analyst at Corrections Branch, Projects Manager at

HealthLines Services BC, and most recently as Manager, Recovery and Funding Programs for the Emergency Management BC.

From June 2009 to March 2019 Johanna was a Trustee of the BC Public Service Public Service Plan where she also served on the Interplan Audit and Education Committees and chaired the Governance Committee. She was nominated as a trustee by the BC Government Excluded Employees Association and appointed by the Province.

Johanna retired in June 2019 and looks forward to supporting the BCGREA as the provincial treasurer.” 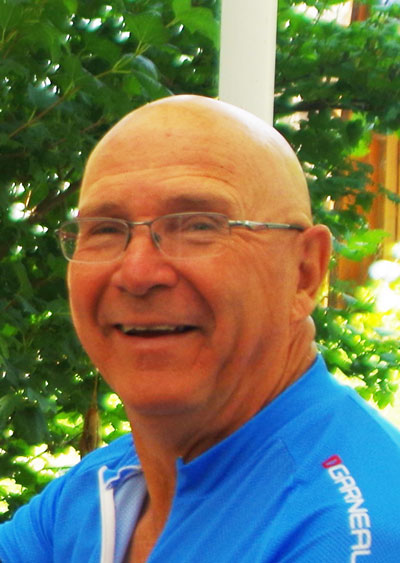 I spent my 35-year career with the Ministry of Forests and retired in Grand Forks in 2008.  My early career had postings in Parksville, Blue River and Hixon before moving to Grand Forks in 1981.  The position I filled was the Resource Officer Silviculture and it required Registered Professional Forester certification.  I took a leave of absence in 1992-93 and returned to UBC as a 41-year-old to complete the remaining 13 courses I needed and passed the registration exam in 1993.   In 1996, I was transferred to the RO Timber position before moving in 2002 (when the Boundary District closed) to Area Forester with BC Timber Sales.  I joined the BCGREA upon retirement and I’m currently a co-chair and the membership chair for Branch 400.

I’ve been married to Deb since 1973 and we have 2 sons who live and work in the lower mainland.  Following retirement, we spent several winters in the southern U.S. with our motorcycles and toy-hauler trailer.  In 2011, we bought a seasonal residence in southern California so we live the “snowbird” life of spring, summer and fall in Grand Forks and winters in California.  My favourite hobbies are motorcycle riding, playing pickle ball and hitting a golf ball around (quite badly I must admit).  I also enjoy computer work, meeting people and helping out with small repair jobs for the neighbours.

The floods that occurred in Grand Forks in spring, 2018 pointed out how fortunate we were to avoid any personal loss and we volunteered with the Red Cross for several months to help people get re-established.  We enjoyed the experience and are now working on the numerous courses that are required to continue as Emergency Management volunteers.  It is training that I hope not to use but want to be prepared if the need arises.

I am very concerned about the BCGREA’s declining membership during the last decade and I believe we can turn this trend around if we reach out to potential new members and make them aware of the benefits we offer.  I sit on the Recruitment and Retention Committee and we are trying to implement new initiatives but we need help from the local Branches and all members.  Please contact me if you have ideas or suggestions about how we can grow our organization or if you want assistance with local problems.

Johanna Morrow, Trustee, BC Public Service Pension Board of Trustees

Johanna has a strong background in financial management in both the private and public sector.  She has over 14 years experience in the private sector working for banks and trust companies in a variety of positions including loans officer, internal auditor and assistant manager.

Since joining the BC Public Service in 1990 she has held a number of positions including Investment Manager at the Superannuation Commission, Banking and Cash Management Analyst at Provincial Treasury, Financial Policy Analyst at Corrections Branch, Projects Manager at

HealthLines Services BC, and most recently as Manager, Recovery and Funding Programs for the Emergency Management BC.

From June 2009 to March 2019 Johanna was a Trustee of the BC Public Service Public Service Plan where she also served on the Interplan Audit and Education Committees and chaired the Governance Committee. She was nominated as a trustee by the BC Government Excluded Employees Association and appointed by the Province.

Johanna retired in June 2019 and looks forward to supporting the BCGREA as the provincial treasurer.”